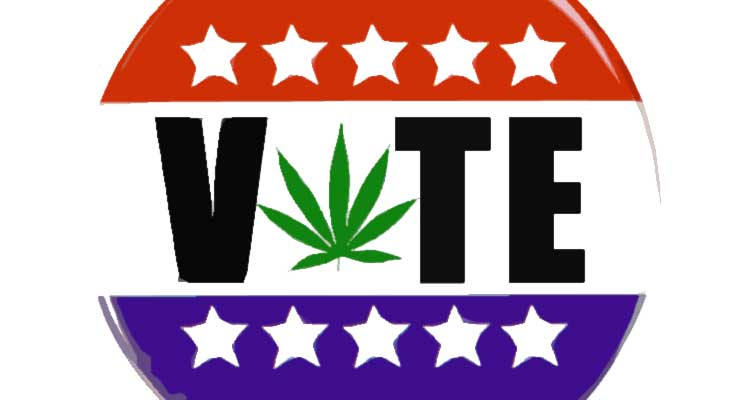 In the November 2018 midterms, legalizing marijuana a was on the ballot in four states. The ballot initiative only failed in North Dakota, a clear indication of the public appetite for legalization.

The wave of legalization efforts reflects a growing public appetite for easing restrictions of cannabis. A Pew study found that 62% of Americans now support the legalization of marijuana. Among millennials, this figure rises to 74%.

80 years ago, the US government banned the sale and use of marijuana. Marijuana was deemed a Schedule I drug, putting it alongside heroin and ecstasy in terms of its legal classification.

This antiquated view is still held by many in the federal government. Jeff Sessions, the former attorney general in the Trump administration asserted that “good people don’t smoke marijuana”, and rescinded President Obama’s legislation that protected those in states that have fully legalized marijuana from federal prosecution.

The ten states which have legalized the drug for recreational purposes (plus Washington D.C.), and the 33 that have legalized marijuana for medicinal use, represent part of a new way of thinking about drug policy.

Democratic senator, Cory Brooker, proposed the Marijuana Justice Act, a piece of legislature designed to end the prohibition of marijuana on a federal level. Also, in June, the bipartisan Strengthening the Tenth Amendment Through Entrusting States (STATES) Act was introduced. The STATES Act would protect the rights of individual states to determine their own marijuana policy without interference from the federal government.

Where is Marijuana Legal?

It isn’t just stated within the US that are increasingly warming to marijuana legalization. In October 2018, Canada became the first G7 country to fully legalize marijuana nationwide. Elsewhere on the continent, Mexico’s Supreme court ruled that prohibiting the use of marijuana is in violation of the country’s constitution, setting the stage for legalization there.

For those that have taken the plunge and legalized marijuana, the economic benefits have been plentiful. In Colorado and Washington, the two first states to legalize the recreational use of marijuana, the exploding marijuana industry has delivered handsome tax revenues.

In 2015, Colorado received $135 million in taxes on cannabis products. Legalization on a federal level would see the federal government collect $131.8 billion in federal tax revenue.

Additionally, an established marijuana industry would generate significant numbers of permanent jobs for the American workforce. A study undertaken in Nevada found that recreational marijuana legalization would bring 41,000 new jobs to the state. In the larger state of California, it will bring in around 81,000 new jobs.
The faster state legislation catches up to public opinion and further legalizes the use of cannabis, the faster states can enter this new world and unlock the bountiful economic benefits that come with it.

Previous 3 Arguments Why the FDA Has Decided to Crack Down on the Youth E-Cigarette Usage
Next Behind the Controversial Investor Program: 5 Things to Know About the EB-5 Visa