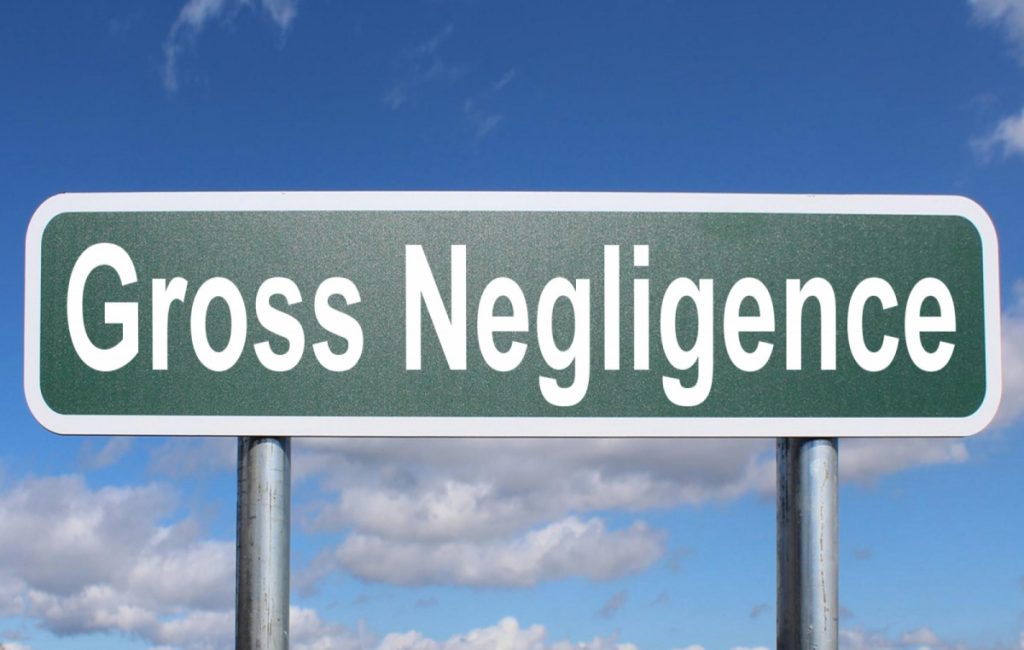 One of the most important points to remember when you are pursuing a personal injury claim is the fact that you have to prove negligence in order for the matter to proceed to a scenario where you can discuss the level of compensation to be awarded.

That is where it is vital to appreciate the fundamental difference between ordinary and gross negligence, as there is a world of difference between the two descriptions and the severity of the action that has led to the claim in the first place.

Here is a look at the key differences between ordinary and gross negligence and what they mean from a legal perspective.

Why it matters to establish the level of negligence

There is a legal term that you will quickly become familiar with if you are involved in a personal injury claim and that is “duty of care”.

This is about the level of responsibility we all have to avoid causing harm to another person, whatever the setting. If you are involved in a collision, for instance, and it is alleged that you were negligent in your actions that would be a situation where it could be argued that you failed in your duty of care.

Having established that your duty of care responsibilities have been breached, causing someone to be injured,  it is a matter of demonstrating the level of negligence so that the appropriate level of damages can be awarded.

This is when it will need to be established whether you are to be pursued for ordinary or gross negligence.

If someone is accused of ordinary negligence this would usually mean that the person has made a careless mistake or caused an injury unintentionally as a result of a lack of attention rather than an intention to harm.

As the term implies, gross negligence is a far more serious charge and usually involves someone displaying a willful disregard for the safety of another person.

It is important to know that a person could be accused of gross negligence even when they did not set out to cause harm, but the severity of their actions and the injuries caused warrant a more significant level of negligence being proved by the court.

A typical example of ordinary negligence would be when a driver inadvertently runs a stop sign they didn’t see and causes a collision, but if they were drunk they could be accused of gross negligence.

The clear distinction between ordinary and gross negligence is the severity of the negligence and every case will have to be treated on its own individual merits as circumstances will vary each time.

Whether you are a victim and looking to claim compensation or have been accused of negligence, it is clearly important to obtain legal guidance so that they can review the facts of the case and determine which level of negligence fits the circumstances.

As you can see, there is a world of difference between ordinary and gross negligence, and it really matters when it comes to claiming compensation via a personal injury claim.

Previous Understanding Child Abandonment: Physical Desertion May or May Not Be a Factor
Next Traffic Laws: What Are the Differences Between Major and Minor Moving Violations?